Many homebuilders will have a certain number of model homes that they will build for you, but you might consider working with a home designer instead of choosing one of your builder's plans, and even before deciding on a builder. There are many reasons why it can be good to have a home specifically designed for you, so note when you might want to work with a home designer and what they can do for you.

You may want rooms with added height to the ceilings for more air and light and for a grander feeling to the home, but may not want to remove an upper story in order to accommodate a cathedral ceiling. In that case, a home designer might note different ceiling options that will give you the space and feeling you want, but without cutting into the second floor, including a tray or stepped ceiling. A home designer may even include recessed lighting that makes the ceiling seem higher and brighter, so you have the look you want but without interfering with the home's overall construction.

Many new homes are built to accommodate a standard gas or electric water heater and standard plumbing fixtures. However, you may want a solar panel for a hot water heater or a tankless heater. You may also want a grey water system, which collects water from sinks and showers and runs this bank to the toilet tanks, reducing your usage of fresh water in the home. These systems can be difficult to retrofit in a home that's already built, and having a home designer work them into home plans means not wasting space for appliances you won't need, while also creating needed space for solar panels, grey water systems and the like.

The area in which you want to have your home built may have strict zoning laws, and these might affect any modifications you would want to make to a 'cookie cutter' home. Rather than trying to get a variance to those zoning codes after a home is built, it's good to work with a home designer who can take those zoning laws into account while the home is being designed. He or she may be able to offer compromises to the features you want, or may be able to negotiate a variance with the city or zoning board for you. This will ensure you end up with a home you love, without having to work through those zoning ordinances after your new house is built. 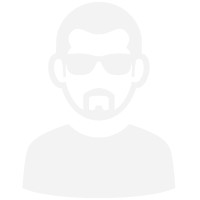